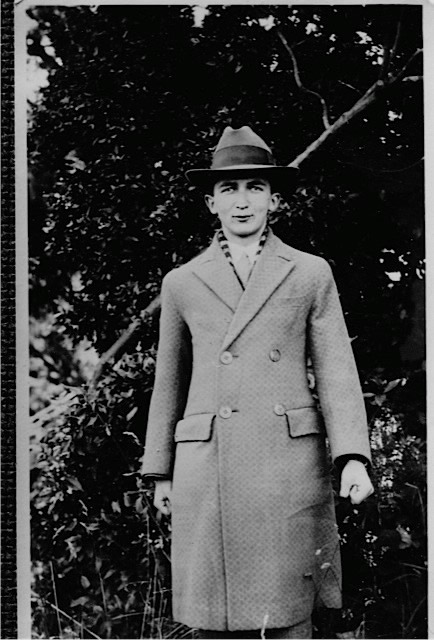 Arch Nelson as a young man, courtesy of the Nelson family

Arch Nelson played a major role in placing adult education on the government and public agenda and he was inaugural Chairman of the Australian Council for Adult Literacy (ACAL). A pioneer of adult literacy in Australia, Arch is remembered with affection as a modest man who combined in his work, vision with tenacity and gentleness.

Archibald John Alexander Nelson was born at Scott’s Creek in the Adelaide Hills. In reminiscing about his childhood in the Adelaide Hills where “in those days I should say about fifty percent of the population of adults were semi-literate”. He also recalled how he was “spurred on by the number of people who approached him personally for assistance (with literacy)”.

After graduating with honours in political science and history from the University of Adelaide in 1938, the onset of World War II ended his formal post-graduate study. He became a primary school teacher and then joined the Army Education Service where, he recalls that in some units “at least half of them…were quite illiterate or sub-literate”. Arch Nelson had always been interested in adult education and became a part-time tutor with the Workers’ Educational Association at Port Adelaide and with the Department of Tutorial Classes at the University of Adelaide as part of the university extension scheme. He returned to Australia in 1949 to take up an appointment in the Commonwealth Office of Education in Sydney and in the mid-50s spent time in Sri Lanka working with the Secretriat developing the Colombo Plan. But in 1955 he returned to Australia to direct adult education at the University of New England, Armidale, because he “wanted to work with people not organisations”.

In 1971 Arch Nelson was appointed Professorial Fellow in Adult Education at UNE, in recognition of his distinguished contribution to his chosen field. At that time, this was a unique position which freed him from administration so he could concentrate on research and teaching in Adult Education. He established a post-graduate diploma in his discipline and lectured extensively until his official retirement in 1976. Even then he continued to supervise PhD students while he undertook an active commitment to adult literacy 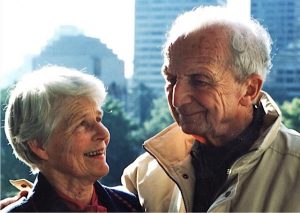 Arch and Erica Nelson, courtesy of the Nelson family

In 1976, AAACE established a working party on adult literacy which recommended the formation of the Australian Council for Adult Literacy and Arch Nelson was invited to become inaugural Chairman. As Alastair Crombie later recalled “ACAL was an orphan child of a rejecting parent”. But, under Arch Nelson’s leadership that orphan child was successful in “spreading the message”, “inviting all political parties to state their policies on literacy” and “getting people in universities interested” – a special reference to the important role that UNE and Darryl Dymock played in adult literacy.

In 1984, Arch Nelson, who had presided over the formation of the Australian Council for Adult Literacy, retired as Chairman of ACAL. Archibald John Alexander Nelson was honoured by UNESCO at an International Literacy Day Ceremony

…for having served with devotion for more than thirty years the cause of international literacy as Director of a University Department of Adult Education, founder and first President of the Australian Council for Adult Literacy, Co-editor of the Journal of Asian and South Pacific Bureau of Adult Education, and having argued with determination and effectiveness for national and international initiatives designed to stimulate and support literacy activities.

The then Patron of ACAL, the Honourable K. Beazley (Senior) responded by stating that,

‘It is the force of Arch Nelson’s concern for people, his heart power, which has been the alchemy which has transmuted the lead of official and private complacency in this country, such as the myth that ‘we are 98% literate’, into the gold of effective action. His have been the labours of Sisyphus, but if there has been an adequate appropriation in the Federal Budget for Adult Literacy then Arch Nelson has not been condemned to see the stone roll back down the hill.’

Those who work in the adult language, literacy and numeracy fields hold dear the memory of such significant people along their educational journey and it is the motivation to ‘make a difference’ that is celebrated through Arch Nelson’s spirit.